Lets pick up where we left off with our friendly neighborhood game development rock-star, Cliffy B. Last time around we talked a bit about Cliff’s history in the industry and how he got to have the reputation he did prior to his pseudo-retirement and re-entry into the industry. This time I’d like to pick up with the venture following up the unfortunate failure that was Lawbreakers.

Around the time of Lawbreaker’s release there was some discussion about whether or not the demographic for that type of shooter even existed anymore or at least if it existed in sustainable numbers. In an attempt to perhaps be a little more in line with the current trends Boss Key decided to to release a new game… 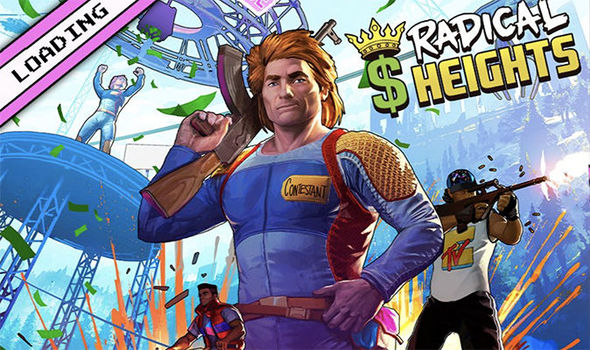 Radical Heights was released in an “Early Access” state which has essentially become the industry standard for, “Hey gamers, we need some money so here is something we’re working on that you can play early if you pony up some dough.”. As you can see I’m probably a little jaded when it comes to this style of pre-sale but for context I will say that I have purchased, played and, very much enjoyed games in early access. Off the top of my head I can’t think of any which have ended up incomplete or abandoned so I’ve been lucky but there are numerous early access horror stories which offer important counter examples. Watching this trailer it’s easy to see why the game is in early access as the character models look like lower res versions of OG Borderlands and the guns remind me of glossier versions of Counter Strike 1.6. At the very least the bikes look roughly equivalent to GTA… Vice City.

If you’ve lived under an active volcano for the last year or more you may have missed the rapid and somewhat stunning rise of Battle Royal games like PlayerUnknown’s Battlegrounds and Fortnite which probably deserve posts of their own. Their absolutely insane amount of success has caught pretty much the entire industry off-guard so naturally they are playing catch up. Treyarch announced that their next Black Ops game will completely eschew their single player in favor of this new trend. This type of trend chasing isn’t really surprising as anyone with a little spare cash and a board will try to ride the wave while its high. What tends to be the worst outcome is when companies and developers gut existing popular franchises in an effort to shove their player-bases onto the bandwagon.

Radical Heights was a similar effort to this although I’m sure Cliff and Boss Key were pushed into that position by the failure of Lawbreakers, making it was their last effort to keep the company afloat. Unfortunately such a hasty attempt to slap together something to ride the Battle Royale wave, which has already been cruising for the better part of a year, it would be too little, too late. In a genre which is going to quickly become over saturated the biggest requirement is to have something significantly mechanical or aesthetic to set you apart. So how do these three competitors set themselves apart?

I wont deny that Radical Heights the idea certainly had potential but being rushed out the door so soon undercut its ability to garner any sort of long-term support that they desperately needed. I can’t comment factually on the financial state of the company or their ability to possibly secure outside funding in order to continue operations. I have to imagine that based on the name heading the studio and the success of Battle Royale games that it wouldn’t have been completely out of the question. The unfortunate reality of Radical Heights development is also echoed by Cliffy himself in a post on Twitter which I will give him credit for being that open and honest with the community.

All of this finally brings us to what I find most disappointing about this entire ordeal, beyond Cliffy’s general attitude through these releases, the marketing, the poor execution and ultimately the closure of the studio.

The ideas that really, truly could have been his next billion dollar franchises. After the announcement of Boss Key’s closure Cliffy took to Twitter and began posting artwork for game ideas that may have been in the studios future.

Here's the silly/fun one – basically a VR spiritual sequel to Toobin, only everyone are animals – and a way to fight Seasonal Affection Disorder. (Mario Kart on water with animals in VR.)

Here's another one, initially planned for VR, codenamed "Rover" but was shaping up to be "DogWalkers" – DOG stood for Destructive Ordnance (on the) Ground.

Here's one of the games I wanted to do codenamed "DragonFlies."

Basically you were ninja/samurai in airships riding dragons fighting zombies with friends in a PVE "feudalpunk" setting on floating islands. (the airships = your "aircraft carriers", the dragons = your "planes") pic.twitter.com/yX2ivPwezb

If there is a universal truth in entertainment mediums it’s that new IP’s are incredibly difficult and risky to introduce due to them being large investments just to get off the ground. It’s hard to fault developers for not wanting to take on longshot ideas as their first outings before establishing a solid financial base but Cliff and his studio were in a unique spot. He had the resources to put together a studio with talent capable of turning out a Triple A quality game and possible a second within four years. Far more than what most can do at the outset.

So what was the product of their first four years as a studio?

One game in a genre that hasn’t seen widespread popularity in almost a decade and an attempt to catch a fad with two titanic entries already completely dominating the scene.

All the while in the bullpen sat new ideas that may have actually had the potential to make a splash in the industry and established Boss Key as the new developer to watch. That might fly in the face of what I said above about new IPs being risky, which is true, and while hindsight is 20/20 the reality still remains that their shot at a “Sure thing” was still wide by a mile. Taking on Fortnite and PUBG may be difficult but no moreso than trying to revive a niche community into the mainstream and in many ways I think it would have been much easier. The myriad criticisms of both games are fresh and ripe to be taken advantage of by a new motivated studio looking to establish themselves, especially considering the crop of streamers who would be looking to get in on the ground floor of a promising new entry.

It’s impossible to say whether or not any of the shelved ideas would have truly been Cliff’s next billion dollar IP, but if the choice is between chasing a year plus old trend or trying to revive a dead one, why not shoot for the stars and bring something new?

Based on this latest outing I hate to say that the answer, at least for now, seems pretty clear.