Whelp it’s E3 2018 which means that the hour has officially hit Hot-Take O’Clock.

What’s that you ask? If you don’t know already then you’ll be happier in the long run. Suffice it to say its a time of year when opinionated people everywhere like to crawl out of the woodwork to get some fresh air including yours truly. 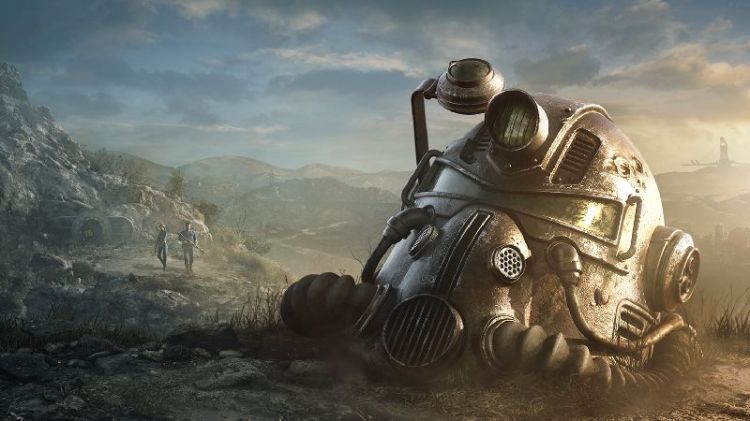 This past weekend I wanted to use my raw crisp oxygen to spew back out some opinions about Bethesda and the announcement of their newest game, Fallout 76. I had quite a few strong feelings about their chosen direction of MMO-Lite and forcing their once beautifully narrative driven series into unknown, potentially toxic, territory that all the Rad-Away in the universe couldn’t fix. I know plenty of people who are vehemently against the current shift away from single player experiences and while I understand the criticism I still cant bring myself to condemn it fully. As much as I crave deep and meaningful single player games I can’t deny that some of my favorite memories have happened online with total strangers, some of who became lifelong friends. Whats more is that in a well designed game with a good community the emergent experiences are something you will very rarely, if ever, see in a tightly controlled single player title. That being said its also important to remember that some of my worst gaming experiences have also come in these multiplayer spaces, not all of them certainly but some. Largely just a different flavor from the worst single player ones.

We could spend all day debating the overall merits of multiplayer versus single player but what I’d like to focus on is something more specific in light of Fallout 76: Griefing.

Griefing is something that has progressively become more and more a part of our online experiences and in some communities is seemingly so ubiquitous that people actively avoid getting into the games for fear of it. Often the reality isn’t quite as bad as all that but by word of mouth games and their communities can build reputations that actively discourage participation and growth. The jokes about “12yr Old CoD Kids” who will “Fuk ur mum” have been around so long that I think they’ve reached a form of gaming antiquity. The unfortunate reality behind it however is still alive and well in the gaming community itself although it has mutated a bit since the days when a simple mute was the best solution. If you’re curious for some examples that happen in MMOs like World of Warcraft you can peruse here. You’ll also notice that some forms of griefing that are listed there like Corpse Camping and Ganking aren’t even against Blizzard’s ToS on servers listed as PvP, they’re just a part of life in that environment.

I want to make it very clear here that I am not against this as a consequence of PvP centered gameplay because it is a reality of that game type. In the same way that we don’t play certain game genres because they don’t appeal to us the same consideration must be given when looking at PvE, PvP and, Co-Op style games. In addition there are certain kinds of griefing that are unintended by the developers, much like in the early days of The Division where because of collision physics people could block quest NPCs, data terminals and even doors. This resulted in players intentionally going idle while blocking doors not allowing people out or in early quest areas, halting progress for new players. For me personally that is the type of griefing that will make me want to snap my controller in half, the kind that is not in the spirit of the game but instead is all about someone else purposefully trying to waste my time and ironically, their own. This is made infinitely worse when this behavior is supported by lazy or outright poor design. I’m sure we all have particular flavors of griefing that bother us more than others but on the level none of it is particularly fun no matter what side you’re on.

In the context of Fallout 76 and it’s announcement I found myself marveling at how Todd Howard and Bethesda had seemingly built a game with new and exciting ways to potentially ruin their players experiences.

I know it sounds like hyperbole but they decided to give players the ability to gain access to and then use nuclear missile silos so they can devastate large parts of the map. Admittedly Howard goes on to qualify this with the fact that it will be difficult to get the launch codes in order to do this so it wont be like the entire map will be engulfed in a constant nuclear firestorm, but still. These are the same gamers who back in 2005 purposefully spread a virtual plague devastating the populations of World of Warcraft servers across the globe. Which incidentally is one of my favorite memories of that game and not just because years later the CDC and epidemiologists used that debacle to study pandemic behavior. Gamers are industrious in that way that they will find any and every way to pervert game systems for their own entertainment. They’ll peruse every pixel or paw their way through thousands of lines of code just to find new and inventive ways to break things. In some cases for no other reason than to ruin other players fun.

If game testers are masochists then these gamers are the sadists of our various communities.

I will give Bethesda credit for trying something new and exploring the concept of multiplayer that the community has been asking for as far back as Fallout 3, albeit they wanted Co-Op. But whose counting? The decision has been made and with the games fairly imminent release we’re left dealing with this reality. During the presentation I alternated pretty consistently between actual excitement and disappointment as the game was described in detail for the first time.

The setting, timeline and lore for this game starting with the earliest vaults to open after the devastation? I’m there. That is the bread and butter of these games as well as Bethesda as a publisher and it is what keeps me coming back over the years in-spite of buggy or broken games. The Fallout franchise has always been bursting with a style and flavor all its own even in a genre like Post-Apocalyptic games that can be at times, over-saturated.

New monster types including a huge irradiated sloth? Hell. Yes. Like a friend said while we were watching the conference, “I was afraid we were in for more Rad Scorpions.”. I couldn’t agree more, of all the mechanical or visual overhauls these games needed one of the things I’m most excited for is different enemies to fight to go with the change of scenery.

Then it starts to get shaky when Howard reveals to us that, “Fallout 76 is entirely online.” to which he gets the lukewarm reaction he was clearly expecting from the audience given that he follows up with, “I know, you have like a thousand questions and I’m going to go through them in order.” as he looks down at his watch. His speech is only thirteen minutes old. This is my first moment of real disappointment,

“First, of course you can play this solo.”

A lie, a lie that is repeated so often that I think as gamers we just don’t even register it anymore, it washes over us like a fart in an elevator we can’t escape from. I should be fair and point out that it isn’t a lie lie but more a lie based on a technicality. You can play these MMO-Lite games solo but only if you don’t want to actually experience the entirety of the game because there will be content that you cannot do solo. Whats more is that even if the content can be done solo it may take so long or be so complicated that you are likely to have other free roaming players stumble upon you while you’re in the process of doing something and kill you. Or at the very least interrupt your experience in some meaningful way that you have little say in. As we discussed above its a consequence of the game we have chosen to play and we know that going in but only if the developers are honest with their audiences. This aspect of PvP will not be optional in Fallout 76 at release which may be a tough pill to swallow for longtime fans.

Howard goes on to make a compelling statement that they at Bethesda love all of the single player aspects of their games and the stories that come out of that but they, like us, have always wondered how their games would be in a multiplayer setting. For my money though it is unfortunate that they decided to jump straight to the complicated world of PvP Survival Multiplayer instead of taking the slightly smaller step of an optional co-op campaign to warm up their playerbase to the idea of something more.

He does state in his presentation that death will not result in the loss of any of your stuff which means that even in a semi-hardcore survival game the punishment of death is ultimately nothing. It is there as an annoyance, a time sink but with no real threat to anything but your productivity, patience and, sanity. For some this will be a point in the games favor but for others this will be a knock against it for a combination of reasons including a lack of danger in a survival setting and meaning virtually no punishment for griefers. Even if someone harassing you in a game like this never actually manages to kill you the constant interruption of your gameplay still adds up and is a frustration all its own.

So where does all this leave me regarding this newest Fallout game? Not great to be honest as the core experience this game is built on sours the delicious candy coating we got a taste of prior to the conference.

That was, until I watched this.

Thank you for reading! Enjoy the the incredible work of Danny O’Dwyer’s NoClip Studio and I’ll be back to talk about insights from the documentary and where I think Bethesda went a bit wrong in their messaging to gamers.

Until then, happy gaming! And a Merry E3!